Recently I watched a video on YouTube with the title of Bill Gates talks toilets. The video starts with the fact that the poorest population in the world does not have access to the sewer system which is something that we might take for granted. Absence of a proper sewer system leads to various problems starting with sanitation issues, disease, and leading to malnourishment.

Since it is quite hard to implement the traditional sewer system to all the countries, Bill Gates decided to reinvent toilets. I believe the journey is still on going but the part where the tech tree for the actual world comes into picture is how Bill Gates found a solution of reinventing toilets.

During the process of solving the problem, Bill Gates realized that the traditional sewer systems that we have in major cities are quite old and outdated. From here, I wondered:

Only if there was a tech tree of the real world, outdated technology could be easily detected and be a target of renovation if necessary

If you are not familiar with the word tech tree, it is an abbreviation of the word technology tree. Based on a quick search on Wikipedia, it is a term related to gaming that means “hierarchical visual representation of the possible sequences of upgrades a player can take”. 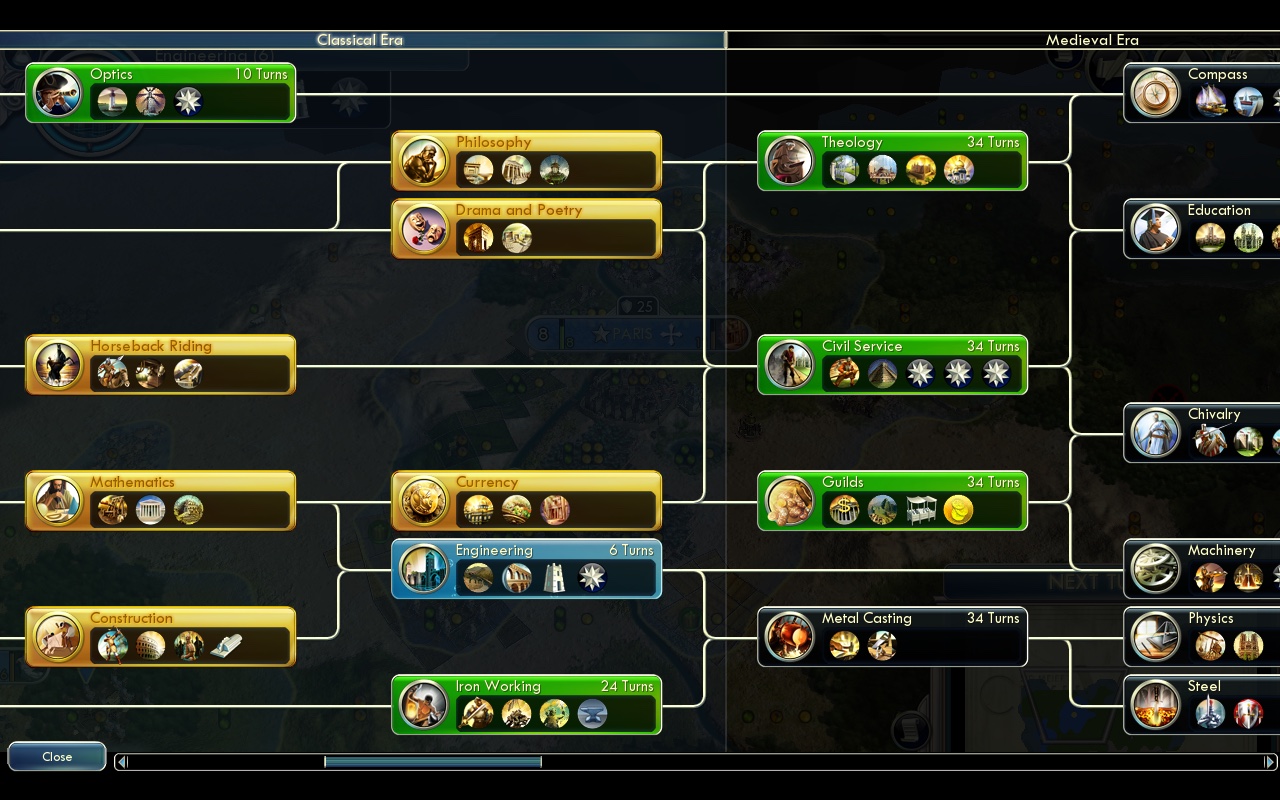 The image above is a perfect example of a tech tree from a strategy game called Civilization 5. Except for the most basic technology, each new technology has prerequisites.

I believe something similar could be implemented in real life with several layers of abstraction and a much bigger scale. For example, computer is one of the most important invention / technology that mankind was able to achieve. However, in a single computer, there are countless other technologies that were used in various components starting with the hardware (CPU, RAM, HDD/SSD) and software (OS, compiler, language). Those could be hidden through abstraction and let us focus more on the connection between computer and other technologies.

The introduction of computers had significant impact on other areas too. It became a prerequisite for the widely used internet which connected people all around the world and the internet in return allowed others to use it in their own fields to develop themselves.

Although it would be extremely challenging to create a tech tree that perfectly mirrors the current development of technology in various fields not limited to computers and engineering, I believe it should be done to provide a road map to mankind. Similar to fixing a bug in your program, if we are able see the bug, in this case, what we lack in or what kind of technology is outdated, the solution can then be implemented. If unable to ever spot the bug, it will be there forever and might cause problems in the future.

However, as I said before, I expect this to be a task that would take experts in probably everything that exists currently.